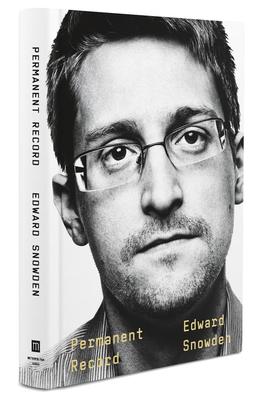 All my life I’ve never really identified a role model beyond that of fictional characters such as Buffy the Vampire Slayer, Clark Kent of Smallville, and Veronica Mars. That changed after I read Ed Snowden’s autobiography Permanent Record which was released in October 2019.

In 2013, Snowden revealed to the world that a global system of mass surveillance exists and highlighted that it violates our fundamental right to privacy, and such a system (of ‘permanent’ data collection and storage) could be dangerous in the hands of the corrupt or evil. His act of whistleblowing brought the issue to the global stage for debate. Since then, playing ‘big brother’ has been made illegal, stricter data protection laws have been introduced (i.e. GDPR), and internet encryption standards (i.e. HTTPS) and protocols have been tightened, making it harder for cybercriminals to commit political, economic, or social crimes.

It’s hard to imagine what could go wrong until it does – especially when it is historically unprecedented. I believe that Snowden’s act of whistleblowing (i.e. revealing the system was bulk collecting US citizens telephone records; and basically backdoor spying on whoever they wanted however they wanted with no permission whatsoever required) was equally a demonstration of how it was possible to hack (from the inside) arguably the most secure and self-monitored organisation on the planet – the National Security Agency (NSA). And once the data was stolen, he used clever disguises to transit the data to carefully selected journalists without getting caught by the very people that were capable of monitoring him.

Data is meaningless unless it is used for a specific purpose and collecting and storing data only sounds scary when it is used against us. Like famous people (or anyone caught in the public eye) who sue journalists for hacking into their personal devices for a juicy story or picture that sells. It’s even scarier, when we don’t realise that data is being used against us, such as the subtle behavioural manipulation from advertisements by extremist political groups (i.e. the Cambridge Analytica data scandal, Brexit misinformation). The most lethal example is always of governments turning against its people, abusing the digital architecture to identify dissidents and stay in control (i.e. China abducting and torturing influential Hong Kong protestors).

People will continue to debate about whether Snowden did the right thing or took it a step too far by “compromising national security”. What I admire most about his actions is the sheer amount of self-doubt he must have had to overcome to realise that sometimes, we have no choice but to force a difficult conversation to happen before anyone is ready to have it. At the end of the day, he ultimately gave up a comfortable life (in Hawaii!) and now faces persecution because he felt the need to warn us that the very system that he had helped build was starting to look unethical from the inside. After the 9/11 attacks, the world was an imminently more dangerous place, but the extreme security measures enacted under emergency executive orders, could not be historically justified in his eyes. He must have been somewhat frightened of the machine’s capabilities, the potential abuses to it with the way his country was going and realised that it was not in the public interest, after 7 years working there.

I hope that Snowden will be able to return to his home country one day rather than live in exile, because I do believe that he prevented a great historical injustice from happening somehow. He is arguably one the most intelligent whistleblowers in history; he also represents a completely new generation of technologists and his influence in the modern democratic world in invaluable. He is not a criminal, he is good person that stood up for our ideals in a passive, eroding democracy. Nonetheless, I am happy that he is not facing this alone and has so much global support, and most importantly the love from his long-term partner who moved to Russia to stand by him. I like the way Ed put it, “Saying you don’t care about privacy because you have nothing to hide is like saying you don’t care about freedom of speech because you have nothing to say”.

It is now 2020, and there is growing concern around the world, with big budget movies like ‘The Social Dilemma’ being produced on Netflix to an staggeringly large global audience in the millions, demonstrating the extreme consequences of people willingly giving up their privacy when they sign on to social network platforms. The debate continually grows, yet most people are sleepwalking through it – that is, by hastily clicking the ‘ACCEPT’ button and overlooking the incomprehensible small print that virtually gives up all their legal rights. People are, more or less, a property of these social network platforms. But the worst is still to come; Communist China’s digital currency is being rolled out in a few experimental cities, this will force all its people to use a central government controlled digital currency. In China and in time to come, every penny that everyone spends or receives, where, when, and what, will be recorded in China’s central bank computer system.

So that’s the story behind how a real-life person captured my imagination much in the same way as a fictional character – such as Will Smith, trying to save humanity from a rogue AI supercomputer in ‘I, Robot’.